Located on Costa Rica’s wild Osa Peninsula, Lapa Rios is well and truly immersed in nature.  Despite only comprising 700 square kilometers, the Osa Peninsula – Costa Rica’s most densely rainforested region – is home to nearly 2.5% of the entire world’s species, making it one of the most biologically intense places on earth.  Unsurprisingly, a great many of those species call the 1000-acre Lapa Rios Nature Preserve home, while others use it as a “corridor” to travel from Corcovado National Park to other parts of the peninsula and country.

With such impressive biodiversity on our doorstep, there’s plenty to study.  That’s why we’ve invited a resident biologist, Clare Ols, to join us at the Lodge.  From teaching guests about our pig-fueled bio-digester to mapping the distribution of endangered, endemic tree species, no two days are the same for Clare.  She’s also involved with our on-going and longest trail camera project conducted in affiliation with the University of Florida’s Spatial Ecology and Conservation (SPEC) Lab.  We’ve set up a network of remote-sensing, motion-triggered trail cameras to study the composition and abundance of terrestrial mammal species in the Preserve, and Clare has been reviewing the footage.

With over 120 different mammal species on the Osa Peninsula, looking through the photos to see which animals we’ve “captured” each week is always exciting.  Over the past few months we’ve seen constant activity from three of the five cat species that are found on the Peninsula, with pumas, ocelots and jaguarundis appearing at least once a week. Peccaries, a type of wild pig, are active too; we regularly see both species found in the Osa.  As for the small guys, agoutis, pacas and coatis are out on the trails nearly every day, as are two different bird species – the great tinamou and the great curassow, both of which are considered threatened.  Once collected, Clare enters the information contained in the photos into a database and analyzes it for spatial and temporal patterns.

Below is a sample of some of the camera material Clare has collected recently. 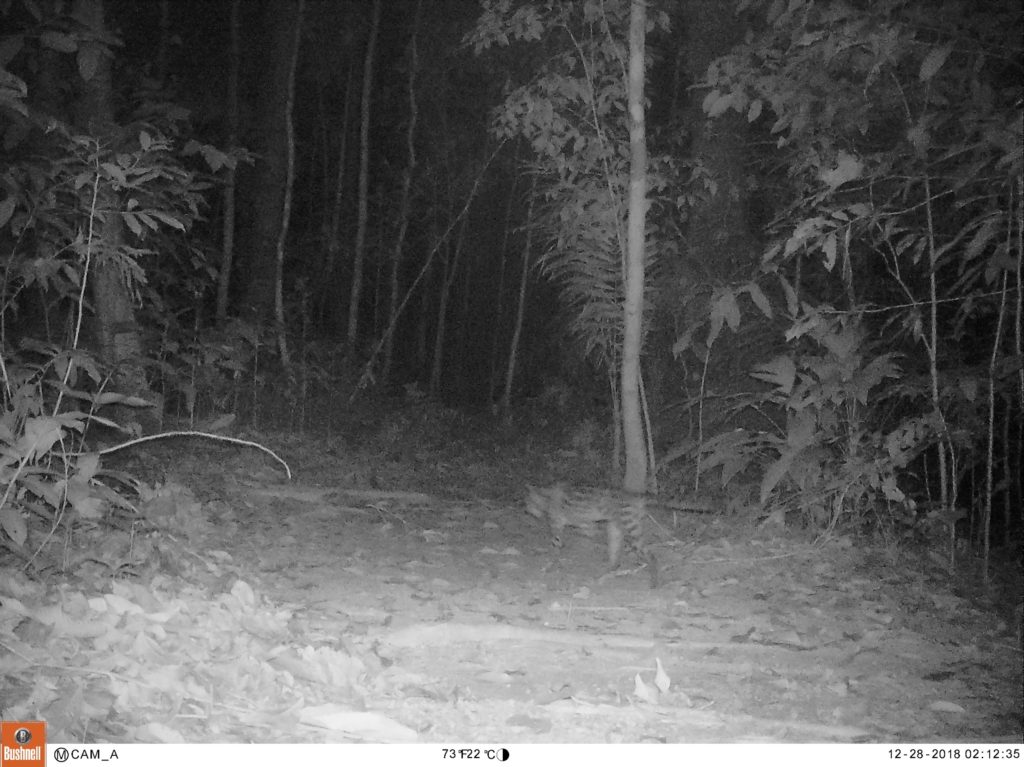 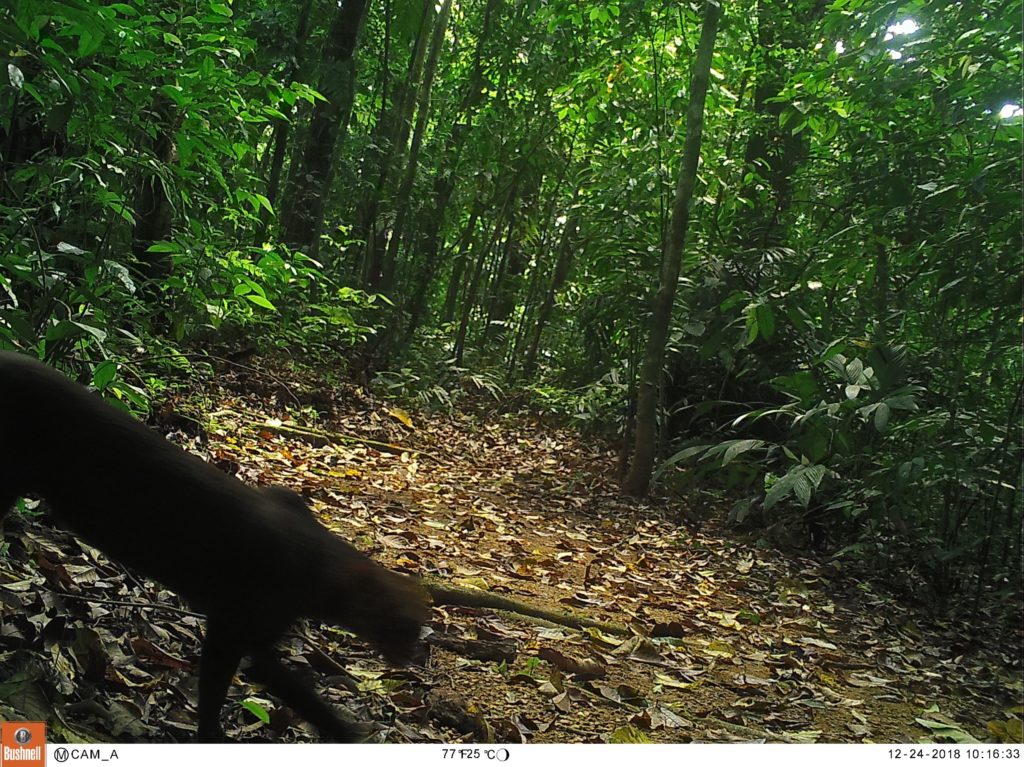 Commonly mistaken as a member of the weasel family, the jaguarundi (Herpailurus yagouaroundi) is actually a cat species 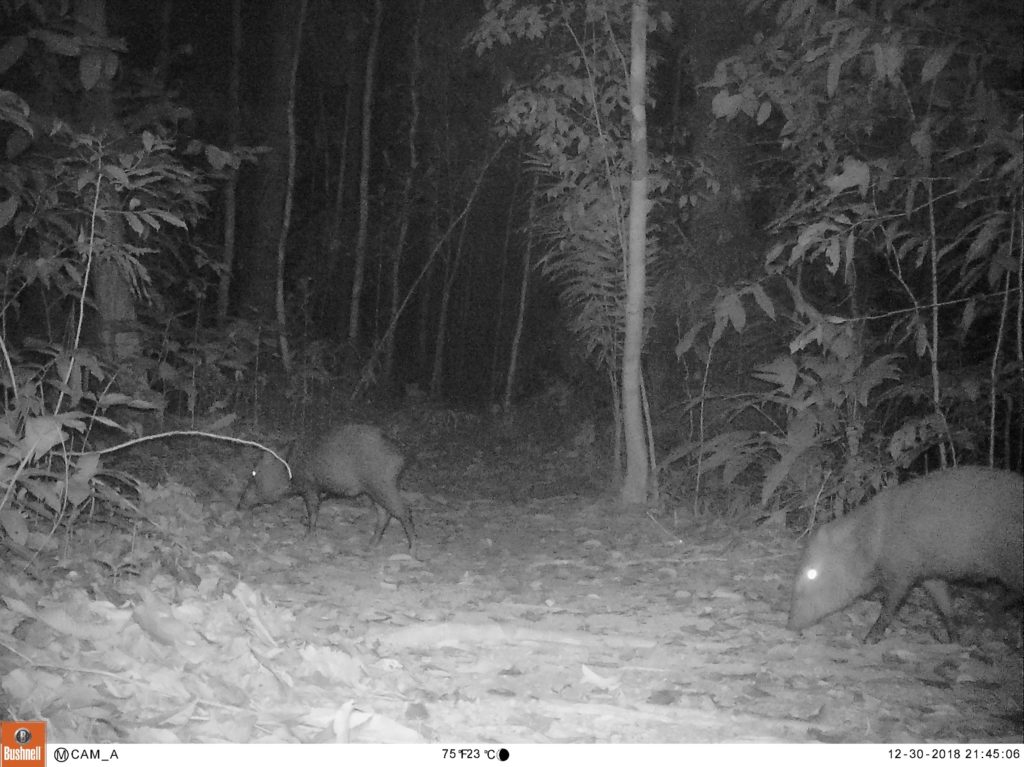 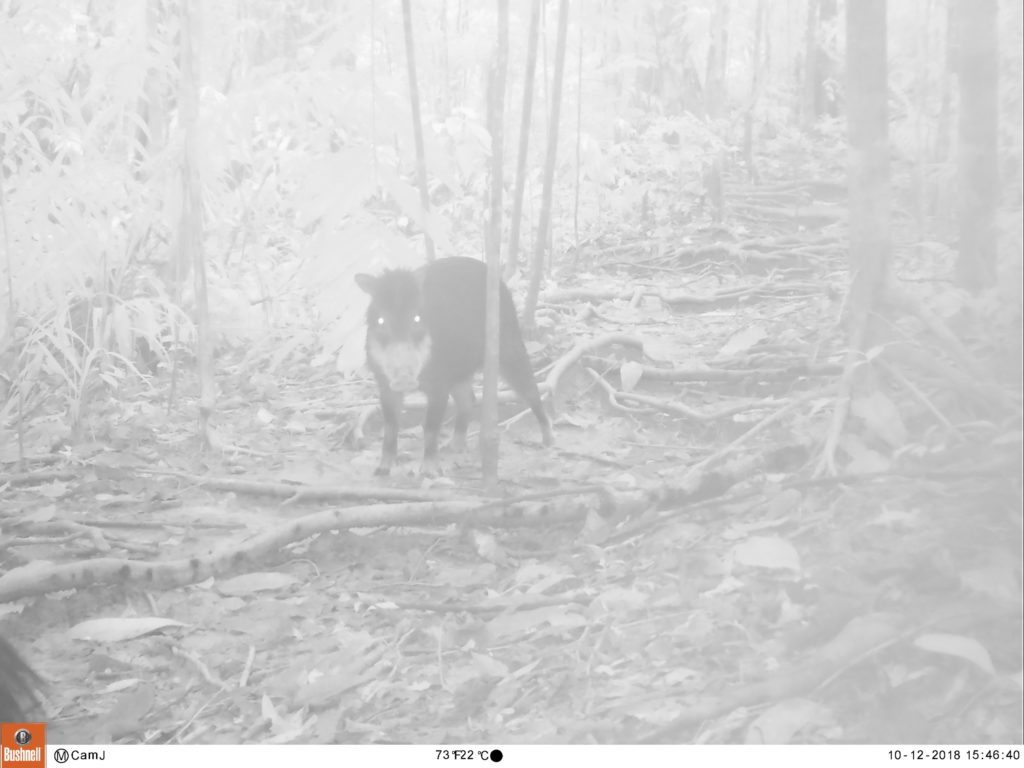 The larger of the two species of peccary found in the Osa, white-lipped peccaries (Tayassu pecari) are considered vulnerable and their populations are threatened by habitat loss and illegal poaching 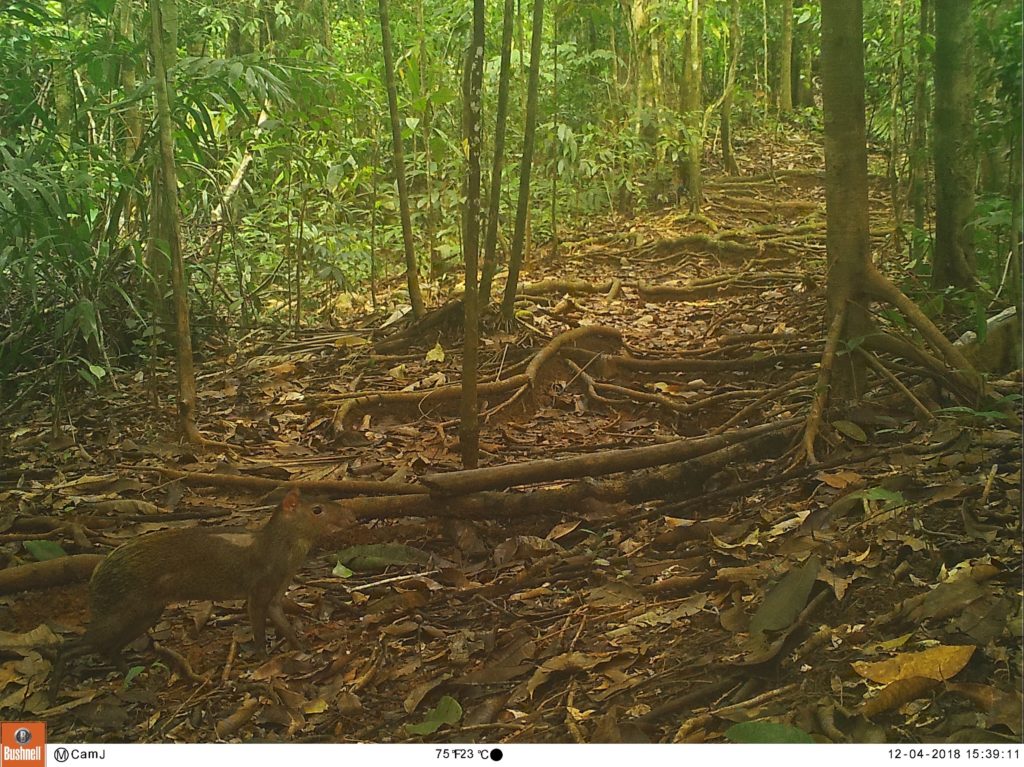 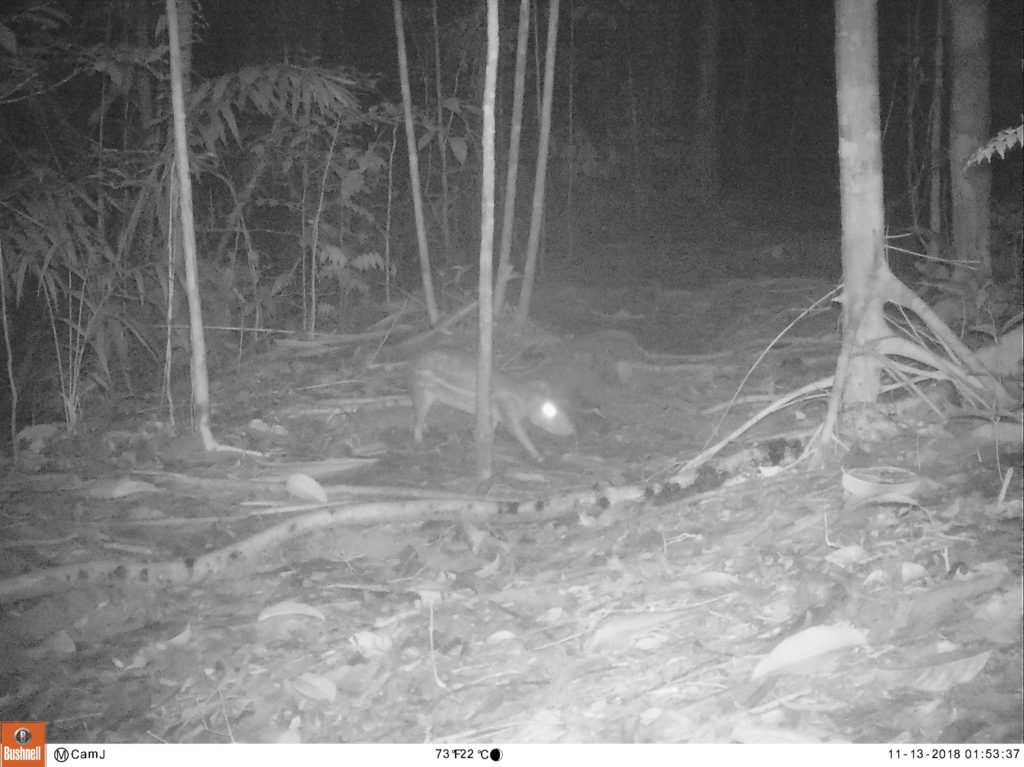 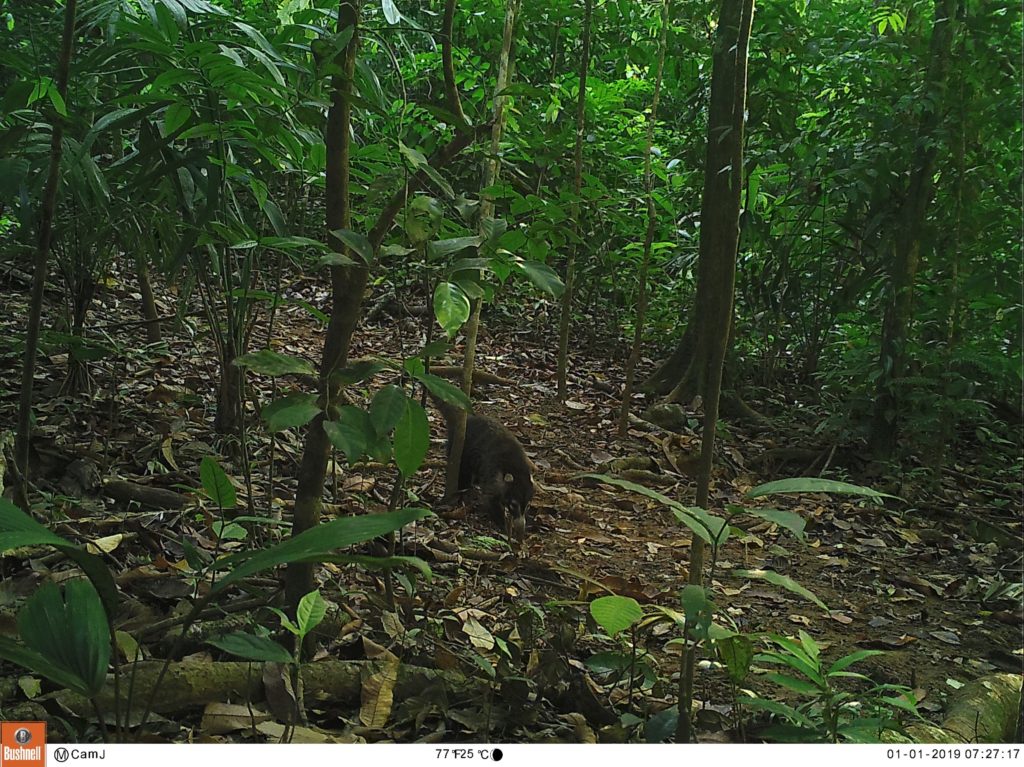 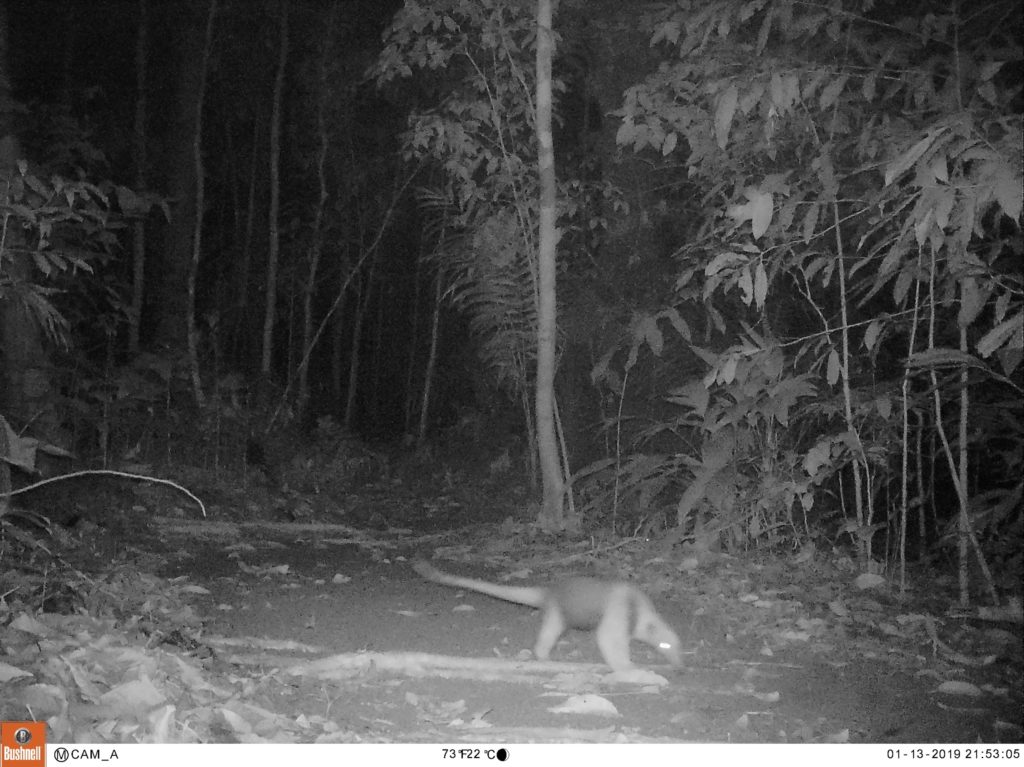 The largest species of anteater on the peninsula, the northern tamandua (Tamandua mexicana) can eat up to 9,000 ants a day 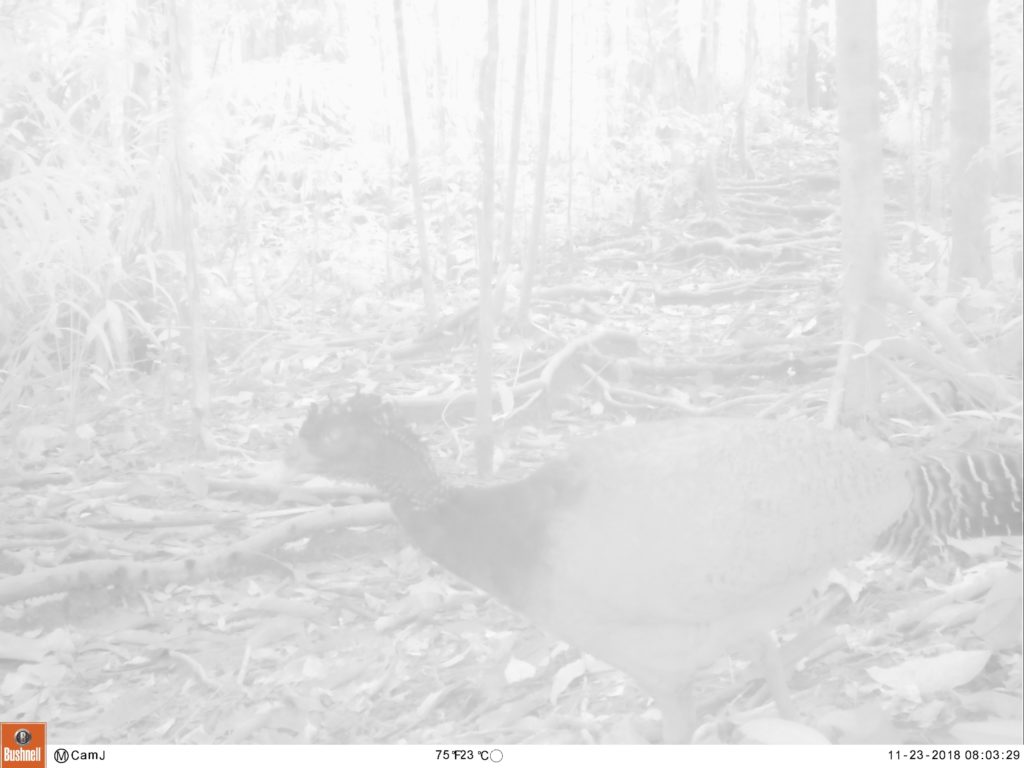 A female great curassow (Crax rubra). Males of this species are solid black, with a bright yellow beak

To learn more about our Lapa Rios camera trap project and other research endeavors in the Osa Peninsula, please see the SPEC Lab website here. You can also pay us a visit and help us check the cameras in situ.

For reservations, chat to us below or drop us a note at [email protected]